KsIIP, French Embassy and Ministry of Trade and Industry meeting 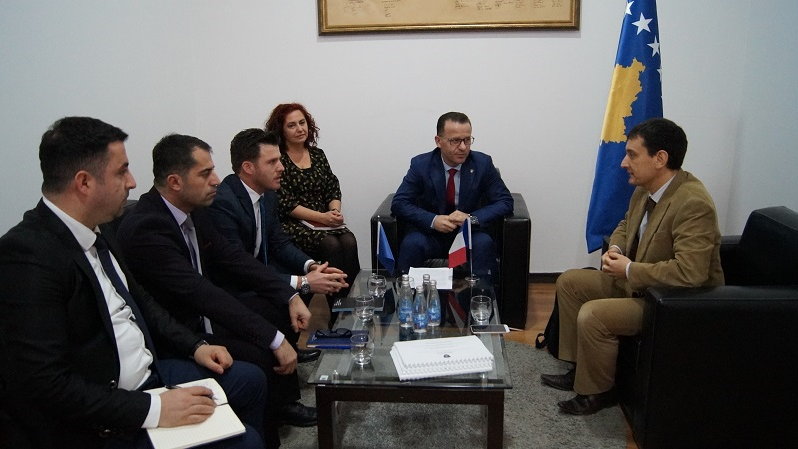 The Director of the Institute, Mr. Hoti, along with Head of Cooperation of the French Embassy in Kosovo Mr. Giuistiniani had a meeting with Mr. Faton Thaqi, the Deputy Minister of the Ministry of Trade and Industry.

Mr. Hoti and Mr. Giuistiniani informed Mr. Thaqi on the latest developments on the Sharri Cheese project which is lead mostly by the Kosovo Institute of Intellectual Property and supported by the French Embassy in Prishtina.

Mr. Thaqi, on behalf of the Minister, confirmed the commitments of the Ministry of Trade and Industry to continue to complete the secondary legislation arising from the Law on Geographical Indications and Designations of Origin.

Mr. Giuistiniani on the other hand expressed French Embassy’s willingness to continue to support the GI system in Kosovo, Sharri Cheese project in particular and the possibility of assigning French experts to visit the Kosovar authorities and share the experience.