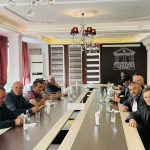 First Kick off of the Sharri Cheese Traditional Fair

Kosovo Institute of Intellectual Property, with the support of the Embassy of France in Kosovo, has organized the next General Assembly of the Sharr Cheese Producers Association. This Meeting was held on May 17, 2021. 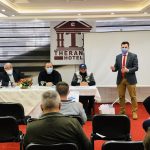 As part of the support from the French Embassy in Kosovo to strengthening the Geographical System in Kosovo, the Kosovo Institute of Intellectual Property has facilitated the Annual General Assembly Meeting of the Association of the Sharri Cheese Producers. (Pristina, 29th October 2020)